The Vedanta Movement in Queensland dates back to 1978, when the Late Swami Ranganathananda (who later became the President of the Ramakrishna Math and Mission) used to visit Brisbane annually to inspire devotees and spread the message of Vedanta as manifested in the life and teachings of Sri Ramakrishna, Holy Mother Sarada Devi and Swami Vivekananda. 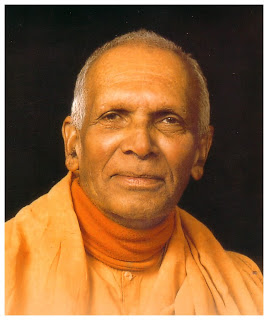 Thereafter, the movement continued to gain strength by visits from the late Swami Damodarananda from Fiji and other Monks who used to hold Satsangs (holy gatherings to chant the Lords name and preach his teachings) and valuable religious discourses on the Vedanta to inspire the growing number of devotees. 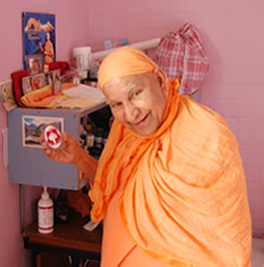 The objectives of the movement are:

However, the official start of the Vedanta Movement in Queensland began in February 1986 with the initiative of Dr.Mahalingam Sinnathamby (who is currently the Patron of the Centre) along with his family. With the registration of the society, a formal committee was established, and fortnightly meetings and prayers began to be conducted at SWARA and at the Theosophical Society in Spring Hill. Reading from the Ramakrishna Gospel and discussions pertaining to Vedanta philosophy were part of the main activities. 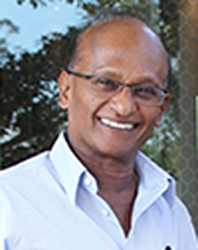 The next 20 years saw several cultural and religious activities and endeavors to keep the movement alive and strengthen it. By the turn of the century, the number of devotees increased from a handful to a significant mass and the confidence to financially support a permanent and independent Ashram was gained. In the year 2005, a private house was rented in Sinnamon Park to start an independent Ashram. During 2005 and 2006, several spiritual activities were started along with spiritual discourses from the revered Swami Sridharananda who pays occasional visits. Swami Atmeshananda visited Brisbane from Sydney every month until November 2013 when he began to reside permanently in Brisbane.

On August 6, 2006, a house at 181 Burbong Street, Chapel Hill, Queensland was purchased and the Centre began to function on a regular basis. This house was sold in July 2015 and the ashram has now moved to temporary rented premises at 12, Greenwood Street, Springfield Lakes, Queensland 4300. This house is located in  a calm and peaceful locality, ideal for meditation and spiritual pursuits. A number of activities are conducted here.

With the establishment of the Ashram, the Vedanta Movement in Queensland has grown from strength to strength. Apart from the regular activities, special celebrations on the birthdays of Sri Ramakrishna, Sri Sarada Devi and Swami Vivekananda, celebrations for Christmas, Easter, the birthdays of Buddha and Sri Rama, Sri Krishna, Durga Puja, Guru Purnima, Sivaratri and other holy festivals are conducted. An Annual programme is conducted every year with variety cultural programmes, talks and other activities which attracts a large crowd.

The Centre was donated a large parcel of land in Springfield Lakes where an Ashram building consisting of halls for prayer, yoga, children’s activities, a Library, bookshop, office, commercial kitchen and rooms for resident monks will be constructed soon.