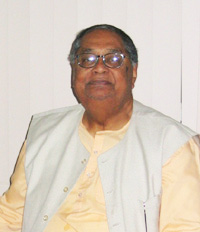 Swami Sridharananda is the President of the Vedanta Centre of Sydney.

Swami Sridharananda had the privilege of being a personal attendant to his master for 3 years until his Master attained of Mahasamadhi in 1951. He served the Ramakrishna Mission in various centres including Benares, Calcutta (Belur Math), Yangoon in Myanmar and Patna, before being deputed to Lucknow in December 1954. He was the main driving force in the establishment of the Lucknow Ashram and bringing it to its current eminence at its present location. He headed the Lucknow Centre for 46 years, till May 2000. 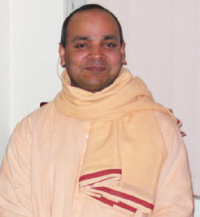 Swami Atmeshananda joined the Ramakrishna Order in 1978 and has received his monastic training at its Headquarters at Belur Math in India. He has served in various capacities with the motto of ‘Service to beings is service to God’. He was in Singapore for several years before coming to Australia in March 2001. The tradition that he represents preaches the harmony of all religions and unity of existence. He is an exponent of Hinduism.